The 2019 edition of the Italian Contemporary Film Festival kicked off yesterday with a sold-out screening of Dolceroma at the TIFF Bell Lightbox, where the film’s producer and lead actor Luca Barbareschi charmed the crowd, alongside Italian actress Virginia Raffaele, whose comedic antics entertained the audience. Following the Opening Film, a Dolceroma-themed cocktail party launched the official start of the eighth edition of the Festival; a massive celebration enhanced by the Raptors’ NBA Championship win.

Toronto – Some of the biggest stars and starlets of Italian cinema are descending on Toronto for the eighth edition of the Italian Contemporary Film Festival, launching nine days of films and special events across the country. Italian superstar producer, director and actor Luca Barbareschi presented his latest work Dolceroma at TIFF Bell Lightbox, ahead of the Opening Party at Ricarda’s. Barbareschi, who says he was most inspired by Steven Spielberg in his career, notes the film is set against the beauty and the tragedy of the eternal city, saying “Rome is condemned to never die. It’s slowly dying, but it will never die.”

As a tribute to Barbareschi’s extensive career, he will present two other films during this year’s festival, the comedy Airplane Mode/Modalita’ aereo, a hilarious commentary on the destructive power of social media in the age of celebrity, and the stunning biopic I Am Mia/Io sono Mia, the tragic true story of one of the greatest Italian singers of all time, Mia Martini. Barbareschi will be receiving the ICFF 2019 Best Producer Award. 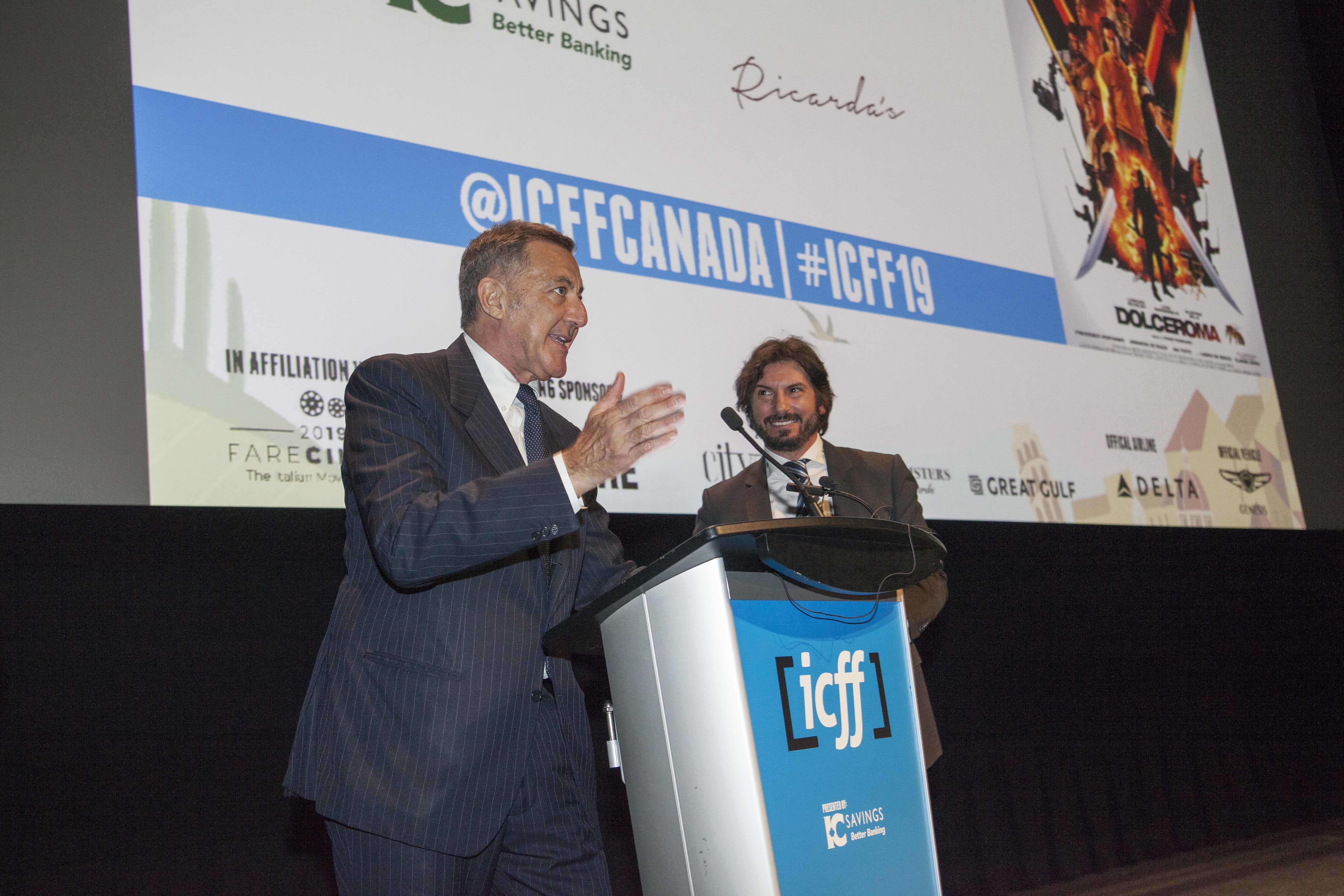 In honour of the opening film, the ICFF Opening Party was a true celebration of Roman decadence and culture, held at one of the best and most beautiful Italian restaurants in Toronto, Ricarda’s at the Queen Richmond Centre. More than a thousand guests filled the stunning atrium with its 70-foot ceilings, enjoying exquisite Italian dishes, inspired cocktails, interactive entertainment, and of course all the action on a jumbo screen, where film lovers watched the Toronto Raptors win the NBA Championship for the first time in franchise history.

Actress, Television host and impersonator, Virginia Raffaele, who will also receive an award of excellence, joins the lineup of massive stars to walk the ICFF Red Carpet this year. Last night, she delighted her Canadian fans with her usual humour and playful character. Tonight, she will present her latest film, Like When it’s Raining Outside/Come quando fuori piove, where she plays four different characters, in both Toronto and Vaughan.

Over the next week, many other stars from Italy and abroad will join the Festival and receive awards of achievement, including comedian, Ezio Greggio; Oscar-winning composer Nicola Piovani, who will perform at ICFF Musica on June 20th at 8PM at TIFF Bell Lightbox; Director of the Italian Academy of Cinema Piera Detassis; directors Davide Cavuti and Pierluigi Di Lallo; and Italian-American Oscar-winning producer and screenwriter Nick Vallelonga, who will participate in a special presentation of Green Book on June 21st in Toronto.

For more information on these films and events, and many others taking place during ICFF 2019, please visit our website at www.icff.ca or call the Box Office at 416.893.3966.